Kailua Kona holds an important place in Hawaiian history. It is the coast where the renowned explorer Captain James Cook was killed. It is the same place where Kamehameha, the Great, fought the first of his major battles. As it became the home to the Royals and the capital, it soon turned into the cultural and religious center. And with English, Portuguese, and the Japanese arrived at the Island; they brought traditions that made history. Throughout the last few centuries, simply too much has happened on this lava-filled, naturally sheltered coast of the Big Island. Read on to know more about the history of Kailua Kona. 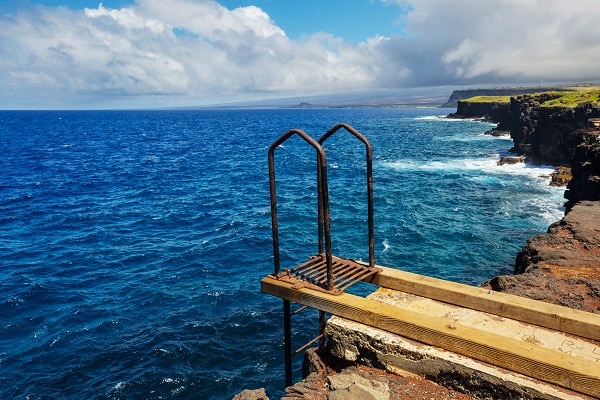 Kailua Kona has been the home to Hawaiians such the last 1,500 years. The frequent volcanic eruptions and the resulting soil fertility and the dry and warm climate of the coast, made Kona, the chosen residential area of Hawaiian chiefs. But little is known about the history before the arrival of Captain James Cook in 1779. The British explorer was killed in an encounter with the locals in February 1779.

A few years later, when the chief of Hawai’i, Kalani’opu’u, who had welcomed and was later involved in the murder of Captain Cook at Kealakekua Bay, died in 1782, leaving his son and nephew in competition for who will be the next chief. In the battle of Moku’ohai in Kona, Kamehameha got in control of the entire Island in 1791 and finally became the chief. Within a few years, Kamehameha conquered other parts of the Island and became the most famous ruler if Hawaii.

After almost 30 years of struggle, Kamehameha enjoyed some of the last years of his life by the shores of Kailua Bay. At the same place, some of the old Hawaiian traditions were abolished by his wife and heir a few years after his death.

In the years that followed, Kailua Kona became the favorite destination for the British missionaries, Portuguese traders, and the Japanese cultivators. The two most historically significant buildings of Kailua Kona Village include the Mokuaikaua Church and Hulihee Palace. The church still holds the place to be the first Christian church on the Hawaiian Islands.

As the Portuguese and Japanese found their way to the Island, Kona became the center of the Hawaiian kingdom. It was years later that the capital moved to Honolulu.

Till the 1940s, the town of Kailua was barely populated with only 3,000 residents. However, as World War II changed the course of history, it affected Kailua’s appearance. With Hawaii becoming a separate state, Kailua received the official postal designation. With the change in status, the population continued to grow. As of 2010, the population of Kailua Kona was reported to be 11,975, which now attracts millions from tourists from all over the world.

From being the home to the Royals to the cultural and religious center and the capital, Kailua Kona has too much history to learn. All you need to do to know about Kailua Kona’s rich past is to look around. To plan a trip to Kailua Kona and know more about the Island, contact Kona Directory today.