If you go through any list of legendary maritime explorers of all time, you are sure to find Captain James Cook’s name. He was a renowned explorer and cartographer, who changed how the West perceived the world. His keen eye for details, excellent mapping skills, and use of innovative scientific methods distinguished him from other explorers of his time. But there is a lot more to Captain Cook. Read on to find out ten facts about Captain Cook. 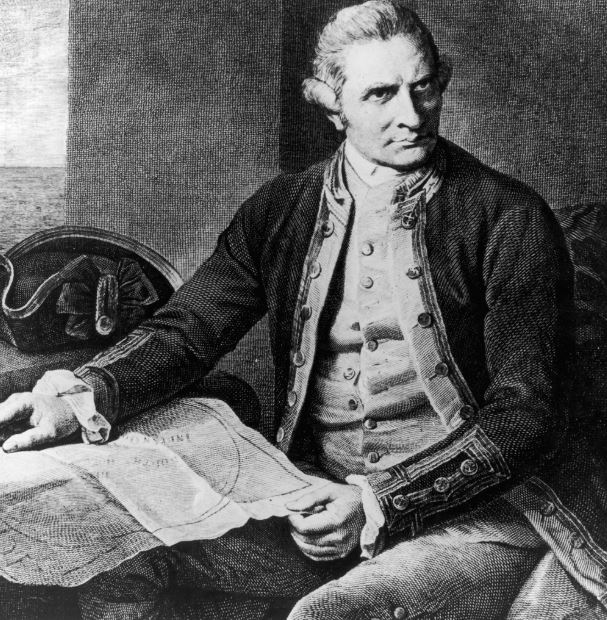 Captain James Cook belonged to a humble village in Yorkshire, England, and was born on November 7th, 1728. His parents belonged to Scotland, and the family later settled in the town of Great Ayton. At the age of 34, Captain Cook married Elizabeth Batts, and the couple had six children together.

The life-changing moment in Captain’s life was at the age of 16. This was the time when he first decided to move away from his home and settle in a nearby village of Staithes that was around 20 miles away from his hometown. This place was known for fishing and fishers, and it was there that the Captain first experienced his passion for the waters.

Unlike other marine recruits who join the Royal Navy at an early age, Captain Cook joined the Royal Navy at the age of 26 as an ordinary seaman. But his exceptional talent got the attention of his superiors, and within two years, he was promoted to ship’s master.

4.    First Voyage with An Astronomical Mission

As Captain Cook set out for his first expedition in 1768, his voyage had an astronomical mission. The objective was to help determine the distance of the Earth from the Sun, so he set out to observe the Transit of Venus in the Pacific Ocean.

What distinguished Captain Cook from most of the other seafarers of his time was his excellent map-making skills. He rose as a prominent cartographer during the war between the British and the French. Later his map-making skills became a critical tool as he went out to explore the seas.

After his first expedition with an astronomical mission, the Captain was given the task to explore the hypothetical land Terra Australis. Though he couldn’t discover the continent that we now know as Australia but he became the first European to travel along the coastline of New Zealand.

Scurvy was a huge health concern for sailors in the 17th and 18th centuries. The maritime crew which was sent on the ships for months often suffered and died due to this condition. But there was a Captain who saved all his crew from this disease. It was perhaps one of the most notable accomplishments of Captain Cook was that he didn’t lose a single man on the ship due to scurvy on his second expedition. As a result, he was awarded the Copley Medal in 1776.

Despite his unbeatable success as a marine Captain, he was unfortunately killed in Hawaii. However, the locals performed the same funeral rites as that of their tribal chiefs. He was respected even among the people who killed him.

Though Captain Cook and his wife had six children, all of them died young. His five sons and only daughter didn’t live long enough to have their own children, so Captain Cook has no direct descendants. Only his wife outlived the Captain and her children and died at the age of 93.

You can find the Cook Collection at the Australian Museum located in Sydney, Australia. It is a collection of all the items Captain Cook collected on his voyages. There is an assortments of artifacts and documents that remained with the Captain on his sea journeys.

You can find the Captain Cook Monument at the Kealakekua Bay on the Big Island, Hawaii. To plan a trip to the monument, contact Kona Directory now.

We use cookies on our website to give you the most relevant experience by remembering your preferences and repeat visits. By clicking “Accept” or continued use of site, you consent to the use of all the cookies. Read More
Do not sell my personal information.
Cookie settingsACCEPT
Manage consent

This website uses cookies to improve your experience while you navigate through the website. Out of these, the cookies that are categorized as necessary are stored on your browser as they are essential for the working of basic functionalities of the website. We also use third-party cookies that help us analyze and understand how you use this website. These cookies will be stored in your browser only with your consent. You also have the option to opt-out of these cookies. But opting out of some of these cookies may affect your browsing experience.
Necessary Always Enabled
Necessary cookies are absolutely essential for the website to function properly. This category only includes cookies that ensures basic functionalities and security features of the website. These cookies do not store any personal information.
Non-necessary
Any cookies that may not be particularly necessary for the website to function and is used specifically to collect user personal data via analytics, ads, other embedded contents are termed as non-necessary cookies. It is mandatory to procure user consent prior to running these cookies on your website.
SAVE & ACCEPT
%d bloggers like this: